What Is Pachamama CBD Oil ?

Pachamama is a goddess revered by the indigenous people of the Andes. She is also known as the earth/time mother.In Inca mythology, Pachamama is a fertility goddess who presides over planting and harvesting, embodies the mountains, and causes earthquakes. She is also an ever-present and sovereign deity who has her own self-sufficient and creative power to sustain life on this earth. Her shrines hallowed rocks, or the boles of legendary trees, and her artists conceive her as an adult female bearing harvests of potatoes and coca leaves

To reduce misery through the holistic benefits of CBD, our founders became believers – driven and inspired to empower those who suffer. This is that story.

Being no strangers to the wellness space, Brandon and his brother Ryan built a varied team of passionate people who could help them craft a premium CBD line. They spent more than a year dedicated to this new project with no expense spared.

In the Summer of 2017, our founder, Brandon Stump, suffered a critical injury that greatly affected his quality of life. After finding no success in several modern forms of treatment, he received a topical CBD product. To his amazement, his pain, swelling and stiffness diminished in only a few weeks.

what does a full spectrum extraction process entail?

Research has shown that the cannabis plant produces more than 400 compounds and 60 of them are cannabinoids. Aside from the well-known cannabinoids like THC and CBD, the hemp plant produces a myriad of other compounds like phenols, esters, terpenes, proteins, and flavonoids. A full spectrum extraction process aims to preserve all of the different compounds, which as a result, retains the synergy of their coexistence.

Full-spectrum products do include the presence of THC, the active compound in marijuana. However, they are only present in very low concentrations. Many extracts sold the cannabis industry today made from marijuana plants which are high in THC. On the contrary, CBD extracts come from the hemp plant which very low in THC content (<0.3%) and high in CBD.  Retaining that small amount of THC along with the other compounds found in the plant, been found that together, can actually enhance the way that CBD works in the body. When THC, CBD, and other compounds stay together in a full-spectrum extract, their interactions referred to as the entourage effect.

and how does it work?

While CBD alone has the potential to offer phenomenal health benefits, a full-spectrum product allows your body to reach a deeper range of value by activating the entourage effect. This effect is a synergistic bond between the endocannabinoid system (ECS) and all the compounds found in a hemp plant. Researchers are still working to figure out exactly how this works in the body. What they have found is that minor phytochemicals such as exogenous cannabinoids and terpenes ;increase the activity of the naturally occurring endocannabinoids, anandamide, and 2AG.

This explains why CBD and THC only work at their highest level of performance when they run with a team. Furthermore, the ECS can only perform at its highest peak performance when it’s confronted with the entourage effect.

What is the entourage effect.

A recent experiment in mice with induced conditions used 5 different cannabis extracts with equal amounts of CBD. Although the extract showed benefits compared to the control group, major differences were observed in biochemical profiles of non-CBD cannabinoids, which led to significant differences in the number of mice developing those conditions (21.5-66.7%) and survival rates (85-100%), highlighting the relevance of these “minor” components.

Dr. Mechoulam likes to refer to the cannabis plant as a “pharmacological treasure trove”. Because of the therapeutic value of the synergistic nature of compounds he has observed.

To further support the validity of the entourage effect, Director of Research and Development for the International Cannabis and Cannabinoids Institute (ICCI), Dr. Ethan Russo published a case which cites several studies that shine a light on how all compounds in the cannabis plant work together.

Giving credit to the entourage effect, the author of this paper states that, “considering the scientific literature describing the ‘entourage effect’ in plant compounds and the ECS, it’s reasonable to suggest that the higher potency of the CBD-rich Cannabis extracts over purified CBD is related to other plant compounds acting synergistically to CBD.” 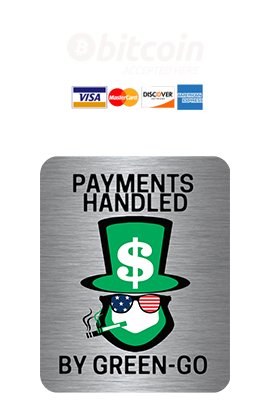